enter site Help Centre. My Wishlist Sign In Join. Be the first to write a review. Add to Wishlist. Ships in 15 business days. Link Either by signing into your account or linking your membership details before your order is placed. Description Product Details Click on the cover image above to read some pages of this book! Industry Reviews Mark Noll -- University of Notre Dame "This book exemplifies the best in charitable yet tradition-specific ecumenical discussion.

What Does It All Mean? The Enneagram A Christian Perspective. Wounded Healer Ministry in Contemporary Society. Becoming Human. They Walked With Jesus.

Why I Never Became Eastern #Orthodox

Item Added: Changing Churches. View Wishlist. Our Awards Booktopia's Charities. In a situation where the term globalization characterises our condition in all its ambiguity, to the majority of people ecumenism seems self-evident. Nonetheless, after the first rather euphoric phase of the ecumenical movement which followed the Second Vatican Council, the last decade has seen us experiencing signs of tiredness, disillusionment and stagnation.

Some speak even of a crisis, and many Christians no longer understand the differences on which the Churches are arguing with each other. Others hold that ecumenism is outmoded and that interreligious dialogue now represents the new agenda. In my opinion, there is a difference but not a competition between the two dialogues, for ultimately to be effective interreligious dialogue presupposes that Christians can speak one and the same language.

Indeed, the necessity of interreligious dialogue makes ecumenical dialogue even more urgent. Today, through the new means of communication and travel, people are closer to each other; nations and people are much more interrelated and they are, so to say, on the same boat for better or for worse. This gives an impulse to the Christian Churches, and they are challenged to reflect upon their divisions and to seek to overcome them. Ecumenism is thus a response to a sign of the times. For the Catholic Church, especially for the present Pope, this is one of the priorities of her pastoral work.

All the more do the questions arise: Where are we? Why this crisis? How do we overcome the current problems? What are these problems? In order to understand our situation we must for a brief moment trace the origins of our difficulties. The 20 th century, which began with a belief in progress which is quite unthinkable today, turned out in the end to be one of the darkest and bloodiest centuries in the history of mankind, with two world wars, many local wars, civil wars and ethnic conflicts, two humanity-despising totalitarian systems, concentration camps and gulags, genocides, expulsions and waves of refugees.

Never before had so many people violently lost their lives in one single century.

But in that dark century one bright light also shone: the rise of the ecumenical movement. The divisions have brought much harm to mankind, inducing disunity and estrangement even within families, even to this very day. Characteristically, the new ecumenical awareness developed in connection with the missionary movement. The birth of the ecumenical movement is generally traced to the World Missionary Conference of Edinburgh. The division of the Churches was recognized as a serious obstacle to world mission. A second impulse came from the war experiences and the national-socialist terror.

In the concentration camps, courageous Christians from different Churches discovered that in their resistance against a new pagan totalitarian terror system they had much more in common than what divided them.

Thus, the ecumenical movement emerged fully in the second half of the 20 th century. The founding of the World Council of Churches in in Amsterdam was an important milestone on the ecumenical way. Much has been achieved over the last decades. Separated Christians no longer consider one another as strangers, competitors or even enemies, but as brothers and sisters. 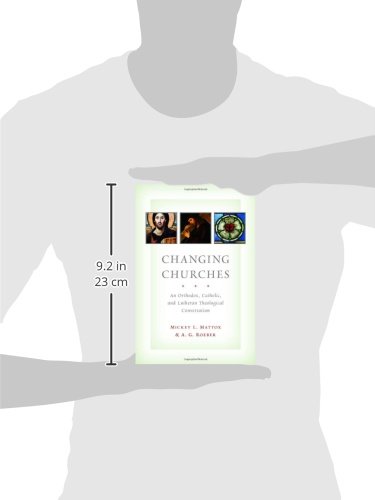 They have largely removed the former lack of understanding, misunderstanding, prejudice, and indifference; they pray together, they give together witness to their common faith; in many fields they work trustfully together. Many people were disappointed, wounded and hurt by the tone and style of the document.

Yet, the resulting irritations are no reason for resignation. References to still existing and undeniable differences do not mean the end of dialogue, although they do represent a challenge to dialogue. In any case, that document does not represent any fundamental change in the attitude of the Catholic Church.

From the Catholic perspective, these two documents represent the Magna Carta of the ecumenical commitment. On the contrary, both the Council and the ecumenical Encyclical acknowledge explicitly that the Holy Spirit is at work in the other Churches in which they even discover examples of holiness up to martyrdom. Similar declarations are made by the non-Catholic Churches. No Church can speak of several duplicates or branches of the one Church of Jesus Christ all having equal rights, without renouncing the claim of being truthful.

Besides, the Council is aware of the sinfulness of the members of its own Church, and of sinful structures existing in the Church itself; [13] and it knows about the need of reforming the shape of the Church. The Catholic Church too is wounded by the divisions of Christianity. Her wounds include the impossibility of concretely realizing fully her own Catholicity in the situation of division. All this shows that the divisions did not reach down to the roots, nor do they reach up to heaven. The Council distinguishes full communion from imperfect communion. In the ecumenical movement the question is the conversion of all to Jesus Christ.

As we move nearer to Jesus Christ, in him we move nearer to one another. Therefore, it is not a question of Church political debates and compromises, not of some kind of union, but of a reciprocal spiritual exchange and a mutual enrichment. The oikoumene is a spiritual process, in which the question is not about a way backwards but about a way forwards. Therefore, the oikoumene is neither a mere academic nor only a diplomatic matter; its soul is spiritual ecumenism.

In what follows I shall proceed from the fundamental declarations to the concrete ecumenical situation. In doing so I shall not limit myself to Protestant-Catholic relations. The Oriental Churches include not only the Orthodox Churches, but also the Ancient Oriental Churches which separated from the then imperial Church as early as the 4 th and 5 th centuries, or had never even belonged to it Eastern and Western Syrian, Coptic, Ethiopian, Armenian and Thomas Christians.

To us Westerners they make an archaic impression; but they are lively Churches, deeply rooted in the life of their respective peoples. By joining the ecumenical movement they were able to overcome their secular isolation and resume their place within the whole of Christianity. The reasons underlying their separation, besides political motives, lay in the dispute about the Christological formula of the Council of Chalcedon : Jesus Christ true God and true man in one person, that is one person in two natures. The ultimate outcome has been unity in the diversity of ways of expression.

In the coming months, after an interval, we shall undertake a second phase of dialogue, this time with all the Ancient Oriental Churches together. We hope that concrete steps can successively be taken and that perspectives of a hopefully possible full communion can be developed in the future. No such official agreement has yet been reached with the Orthodox Churches of Byzantine and Slavic tradition.

Of course, the year is rather a symbolic date. The actual breach occurred only with the conquest, looting and destruction of Constantinople in in connection with the 4 th crusade. But that had long antecedents. East and West had received differently the message of the Gospel and they had developed different traditions, [27] moreover, different forms of cultures and mentalities developed in the Eastern and in the Western spheres.

Yet despite these differences, all were living in the one Church.

But already in the first millennium, East and West grew increasingly apart, understanding each other less and less. This estrangement was the actual reason of the separation. So we see even today in every meeting with the Orthodox churches that while we are very close to one another in the faith, we have difficulties in understanding each other culturally and mentally. In the East, we encounter a highly developed culture, but one with neither the Western separation between Church and State nor the modern Enlightenment in its background, and one perhaps marked most of all by 50 or so years of Communist oppression.

This takes time and requires patience.

“Mixed Marriage: An Orthodox History” offers fascinating study of marriage and the Church

Our estrangement has persisted over so many centuries, and a long process will be needed to live together again. The only seriously debated theological issue [30] between us and the Orthodox Church, besides the " Filioque "-clause in the Creed, which is still a motive of separation for most Orthodox, is the question of Roman primacy. The resonance was great; yet, unlike most Churches of the Reformed tradition, the Oriental Churches have unfortunately hardly taken up this invitation.

The Pontifical Council for Promoting Christian Unity has collected the reactions to this initiative and has sent this data to all the churches and ecclesial groupings involved. We hope in this way to have initiated a second phase of the dialogue. In Ukraine and Romania the Oriental churches in union with Rome, which had been violently oppressed and persecuted by Stalin, have come out of the catacombs and returned to public life.

It has become clear that the issue regarding the Oriental Churches in union with Rome cannot be discussed without taking up the main cause of separation and of union, namely the question of communion with Rome. That question cannot be considered in isolation; it concerns the relationship between primacy and synodical structure we would say: collegiality. It is necessary to go into more depth in relation to the ecumenical discussion with the Oriental Churches, for I am convinced that such a discussion is essential also in order to overcome the divisions within Western Christianity.

Upon its separation from the East, Latin Christianity has developed unilaterally; it has, so to say, breathed with one lung only and is impoverished. This impoverishment was one cause, among others, of the serious crisis in the Church in the late Middle Ages, which led to the tragic division of the 16 th century. My following remarks will limit themselves to the dialogue with the Lutherans which, together with the dialogue with the Anglican Communion, is the most developed one.

In the meantime much has been accomplished in many bilateral and multilateral dialogues at the international, regional and local level.